When developing medical demonstrative aids for demand packages, mediations, depositions, or trial, the personal injury attorney typically expresses a desire to emphasize the broken bones but may casually disregard injuries to the lungs such as pneumothorax, hemothorax, or pulmonary contusions.  When a plaintiff suffers both broken bones and these pulmonary injuries, they often require a prolonged hospitalization -- not because of the broken bones, but because of respiratory compromise related to these lung injuries that may require intubation, chest tubes, or tracheostomies and may advance to pneumonia, adult respiratory distress syndrome, or even death.

When applicable and practical, demonstrative aids addressing these pulmonary injuries can be very helpful in emphasizing the life-threatening nature of the injuries and in opening the doorway for testifying physicians to explain permanent lung pathology that may have developed as a result of these injuries. 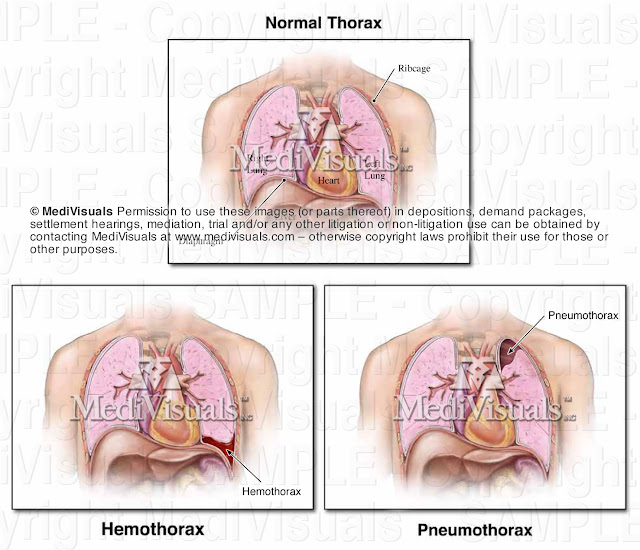 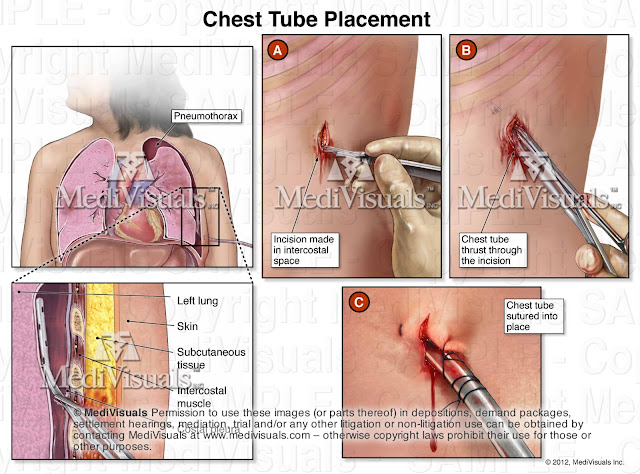 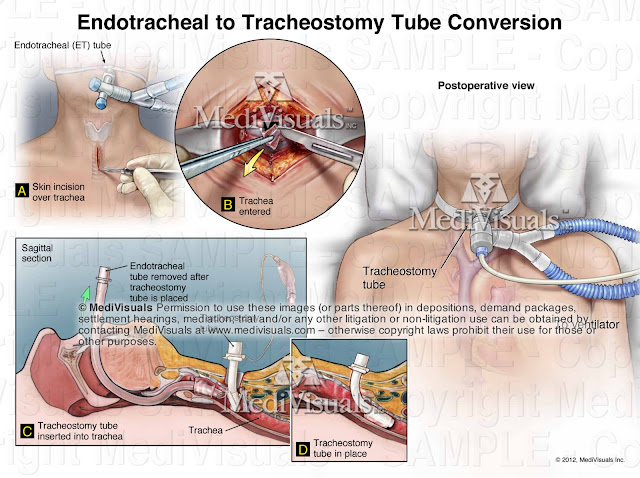 A pulmonary contusion (also referred to as pulmonary hematoma), as well as atelectasis, can also result in respiratory compromise, prolonged hospitalizations, intubation, and multiple complications as previously discussed.  Pulmonary contusions or hematomas occur when blood accumulates within the lung itself -- either within the lung tissue or within the alveoli (the air pockets where oxygen is absorbed into the blood).  Atelectasis is a more generalized condition that refers to the failure of the alveoli to be adequately expanded and allow oxygen and carbon dioxide to exchange.  Following trauma, the cause of atelectasis (post-traumatic atelectasis) can be the result of several issues such as the patient's inability to adequately expand their chest during inspiration (due to chest trauma or as a side effect of pain medications).  Another common cause of post-traumatic atelectasis is compression of the lung tissue by injured and swollen abdominal organs or collections of abdominal blood that push upward on the diaphragm and prevent the lungs from adequately inflating during inspiration. 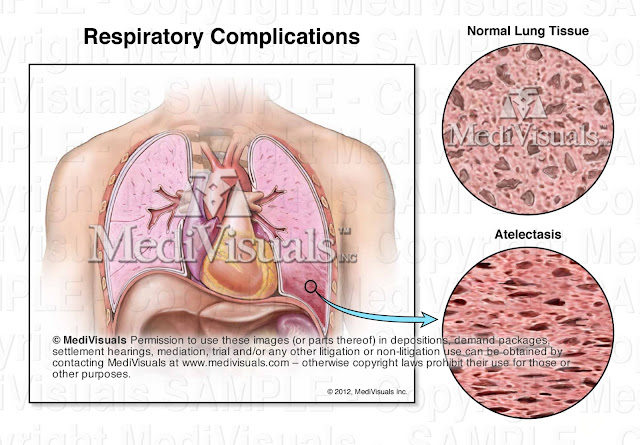 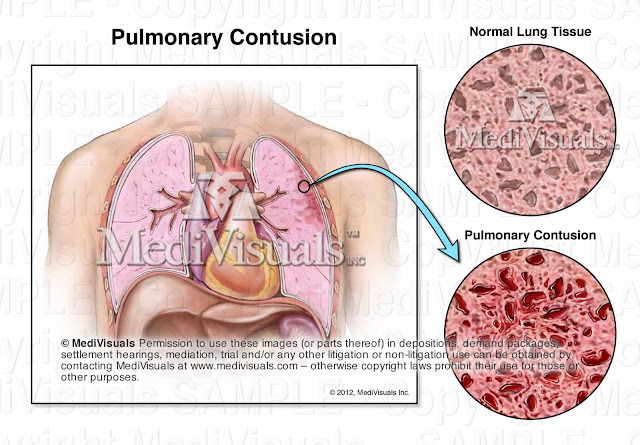 © MediVisuals, Inc. - Permission to use any image (or parts thereof) posted on this blog in depositions, demand packages, settlement hearings, mediation, trial, and/or any other litigation or non-litigation use can be obtained by contacting MediVisuals at www.medivisuals.com – otherwise copyright laws prohibit their use for those or other purposes.